Thursday, Jan. 27, 2022, is International Holocaust Remembrance Day – and virtual events have been scheduled  worldwide all week in commemoration, including webinars, survivor stories, concerts and more.

Established in 2005 by the United Nations, Holocaust Remembrance Day was selected for the day Allied troops liberated Auschwitz-Birkenau in 1945, so this year marks the 77th anniversary.

All events featured in this article are FREE and virtual. 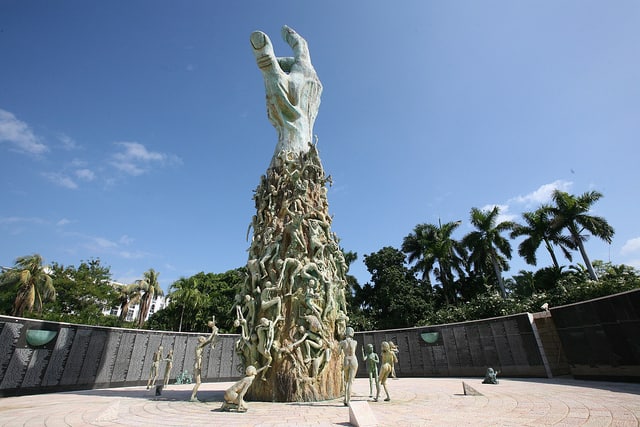 Holocaust Remembrance: Responsibilities for All Society

Holocaust Remembrance in the Digital Era: Practices, Challenges and Ideas

The Pilecki Institute, a Polish government institution dedicated to preserving the memory, documenting and researching the historical experiences of Polish citizens and increasing awareness regarding totalitarianism in the 20th century, is sponsoring this special Holocaust Remembrance Day event.

The FREE webinar examines the following:
• What are the most pressing challenges for public memory today and in the future?
• How to cultivate the memory of the totalitarian crimes of the Third Reich?
• What role does the memory of the heroism of the Warsaw Ghetto Uprising fighters play in the contemporary public memory landscape?
• How to raise public awareness about the somewhat lesser known history extermination camps such as Treblinka, Belzec or Sobibor?
• How to develop effective educational tools, build a culture of dialogue and reconciliation that embraces young generations from different countries?
• How to maintain a bond with departing witnesses of history for the future generations?

The authors of two new memoirs share the stories of families that were irrevocably reshaped by the Holocaust in this FREE program sponsored by the NYPL.

In “The Letters Project: A Daughter’s Journey,” Tony-nominated actor and director Eleanor Reissa blends a sweeping history of the Holocaust with an intimate personal narrative about discovering family secrets buried in a secret trove of love letters.

In “Always Remember Your Name,” sisters Andra Bucci and Tatiana Bucci, who were imprisoned in Auschwitz as children, recount their story of survival and of the motherly love that reunited their family against impossible odds.

Both books demonstrate that even the families who had survived the Holocaust would never be free of it.

The Bucci sisters, along with their translator Ann Goldstein, join Eleanor Reissa to speak with critic and biographer Ruth Franklin about the legacy of the Holocaust on the ties that bind families together and keep them apart.

Melissa Fleming, United Nations under-secretary-general for Global Communications, hosts this FREE virtual ceremony marking the International Day of Commemoration in memory of the victims of the Holocaust.
The ceremony will include testimonies from Holocaust survivors from Canada, Israel, South Africa and the United States, children and grandchildren of Holocaust and Romani survivors, as well as speakers from Japan, Kenya, Senegal, South Africa and the United Kingdom.

The memorial ceremony includes a musical performance and memorial prayers in several languages. 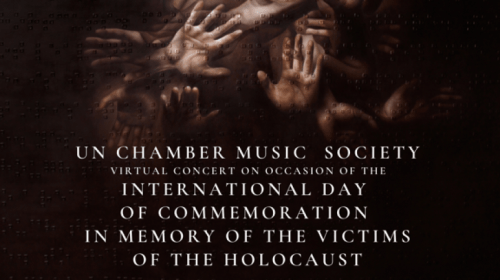 The United Nations Chamber Music Society of the United Nations Staff Recreation Council will perform a virtual concert in memory of the victims of the Holocaust. The classical music program will feature Jewish composers, to instill the memory of the tragedy in future generations to prevent genocide from occurring again. It will also feature special performances from musicians from Maestro Daniel Barenboim’s West–Eastern Divan Orchestra.

Briefing: Lest We Forget: Combating Holocaust Denial and Distortion

In this online briefing,  panelists  consider measures that the United Nations, governments, and social media companies can take, as antisemitism continues to grow, to combat Holocaust denial and distortion, and how they can promote more effective Holocaust education and ensure that victims are never forgotten.

This briefing is organized by the American Jewish Committee (AJC).

The Israel and Golda Koschitzky Centre for Jewish Studies at York University is sponsoring the the launch of the book, “Shadows in the City of Light: Paris in Postwar French Jewish Writing.” Between the two World Wars, Paris was a magnet for eastern European Jews fleeing oppression and attracted by it promise of equality. But these “foreign Jews” – immigrants and their children – were the most vulnerable during the Nazi occupation of Paris and the ensuing roundups and deportations. After World War II, the public conversation about the evils of World War II rarely acknowledged Jewish victimization. But urban space remembers.

Post-war Jewish writing – by both native Parisians and war refugees – walk their readers through the city’s streets and neighborhoods. In their writing, the citiscape itself bears witness to the absent Jews, and what happened to them.

Makers of Memories: Holocaust Remembrance and the Creative Process

In recognition of International Holocaust Remembrance Day, Arnold Mittelman, president of the National Jewish Theater Foundation (NJTF), speaks with the artistic leader of the Manhattan Theatre Club, director Lynne Meadow, and Broadway star, actress and author Tovah Feldshuh, on the role of theater in Holocaust remembrance and how their creative process and Jewish heritage has informed their remarkable body of work. Renowned Broadway and off-Broadway award winning producer Daryl Roth will provide introductory remarks.

Prince Charles has commissioned seven paintings of Holocaust survivors, to serve as a “guiding light” for future generations. Most of the Holocaust survivors featured in the portraits are more than 90 years old and were imprisoned in concentration camps during their childhood years and now live in Britain.

The paintings are being exhibited  at the Queen’s Gallery at Buckingham Palace from Jan. 27-Feb. 13 and at the Palace of Holyroodhouse in Edinburgh from March 17-June 6.

The portraits and the story behind them also is the subject of a BBC documentary airing on Jan. 27, which includes interviews with the survivors. Check your local TV listings for the time and channel.

Museum of Jewish Heritage: Searching for Truth in Holocaust Images

In Claude Lanzmann’s seminal nine-and-a-half-hour film, “SHOAH,” he chose not to use any images of the Holocaust – telling the story instead solely through the words of witnesses. By contrast, art historian Georges Didi-Huberman and contemporary artist Gerhard Richter have both emphasized the power of images to reflect and educate – the former in his book, “Images in Spite of All: Four Photographs from Auschwitz,” and the latter in a series of paintings titled “Birkenau.”

Join the Museum of Jewish Heritage and the Fritz Ascher Society for a lecture exploring the tension between these different perspectives on images, words, and the Holocaust with German art historian and curator Eckhart Gillen. Gillen will ground the discussion in the example of Boris Lurie.  He is the subject of the Museum’s special exhibition, “Boris Lurie: Nothing To Do But To Try“, who used art to access his buried memories before he was able to address them with words. 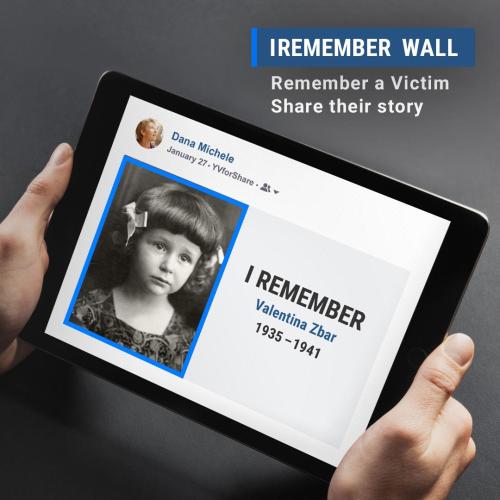 There is also  a digital commemorative project: The I Remember Wall, where you can commemorate a loved one, or be matched at random with a victim who has no survivors to honor them, and learn their story, including a photo, if available, to ensure the memory of the 6 million Jews murdered during the Holocaust is never forgotten.

Yad Vashem Online: Women of Valor – Stories of Women Who Rescued Jews During the Holocaust

Just over half of the approximately 28,000 “Righteous Among the Nations” recognized so far by Yad Vashem were women. While many of them acted in cooperation with other family members, some of these courageous individuals were the initiators of the rescue and acted independently to save Jews despite the threat to their lives.

Visit the online exhibition ‘Women of Valor’ – Stories of Women Who Rescued Jews During the Holocaust” to read about the lives of some of these heroic women.

This article originally appeared on our sister site, NYC On The Cheap, and is used here with permission.