Miami has many excellent theater productions, but tickets are sometimes expensive. We’ve found a number of ways to get discount theater tickets in Miami. You can find theater ticket deals from a number of sources, including Goldstar, Groupon, Living Social, Ticketmaster, Culture Shock, Cultural Connection, Golden Ticket and the theaters themselves.

Three tips for getting the best deals on Miami theater tickets:

Groupon frequently has deals for plays, concerts, festivals and other Miami events. The best deals are usually a few months in advance of the event, and then a deal may come along later if the event is not selling well. Either way, it pays to check before you buy a full-price ticket because Groupon can offer theater and event tickets for 50 percent off or better. The Groupon price almost always includes all service fees, so the price you’ll see is the price you pay. You can sometimes earn credit by sharing the deal with friends after you purchase.

Find all the Groupon theater deals in Miami plus other event discounts here.

Living Social often has discounts on theater, opera, music and other Miami events. The posted price is the price you’ll pay, with no added service fees. You can earn credit by sharing your deals with friends.

Culture Shock Miami offers one of the best deals in town for theater tickets and other entertainment. Students 13 to 22 can buy tickets to cultural performances for $5 each. Best of all, each student can buy a second ticket and take someone of any age such as a parent. Culture Shock also offers discount entry to museums and attractions for $2.50 each.

6. Cultural Connections and the Theatre League of South Florida

You can buy tickets for 50 percent off onthe day of the performance through Cultural Connection, a project run by WLRN Public Radio and Television, and the Theatre League of South Florida. Service charges totaling $5 are added. You must buy your ticket and pay with a credit card by 5 p.m. the day of the show.  The day’s offerings are posted every day shortly after midnight,

The  Adrienne Arsht Center offers $20 tickets to select shows, including theater events, to full-time, degree-seeking college students. Students need to register in advance to be notified of $20 ticket deals or they can visit the website for the ArshtUTix deal. Students will need to print out tickets and show a college ID at the theater.

Do you know of other ways to get discount theater tickets in Miami? Email us the details at news@miamionthecheap,com. 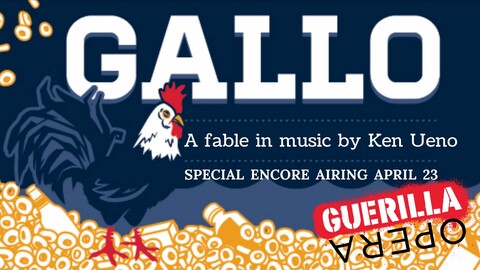 "Gallo, A Fable in Music" - Online

How do landscape and man shape and transform each other and which came first? Join us for a live watch party and on demand encore viewing of the world premiere of "Gallo, A Fable in Music"! This wild,... Read more 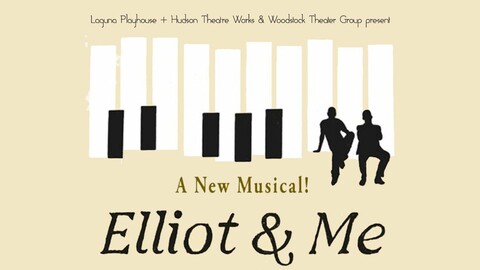 "Elliot and Me" - Online

"Elliot & Me" is a musical comedy based on the lives of songwriter Elliot Willensky and his younger brother Steven. Elliot is a charming, free-spirited ladies’ man overflowing with talent and joie d... Read more

Written and set during the rise of Hitler’s Germany, "Watch on the Rhine" is a play about an American family, suddenly awakened to the danger threatening its liberty. Hellman’s powerful drama won ... Read more

Online Comedy Classes for All Ages 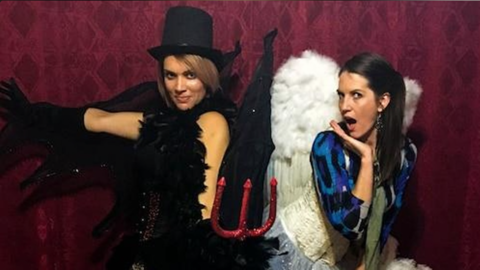 This experience is designed for bodies of all ages, shapes, and sizes! From the comfort of your own home, spend 90 minutes soaking up some positive vibes, reconnecting with your body, and embracing a ... Read more 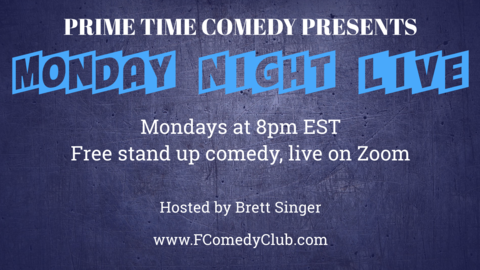 Monday Night Live! is a stand up comedy show with the best lineup of comedians from New York City and beyond! Comics from HBO, Comedy Central, Conan, Kimmel and more! Always funny, always just about a... Read more

Experience the wit and wonderment of New York’s longest-running Off-Broadway magic show, "Monday Night Magic", as its stars bring their unique brand of amazement right into your home – or wherever... Read more 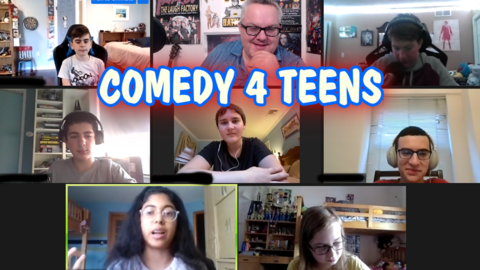 Come play improv comedy games. While having a ton of fun, sharing much needed laughs, you will develop creative writing & critical thinking, team communications and presentation skills and build self ... Read more 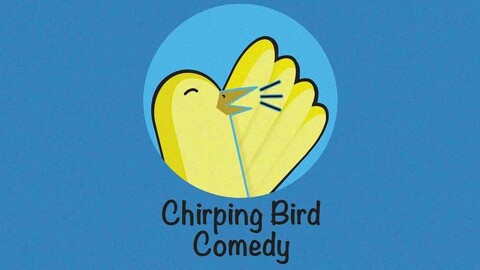 See top comedians virtually from the comfort of your home and sweatpants! Comics from MTV, Amazon, Comedy Central, SiriusXM and more!... Read more 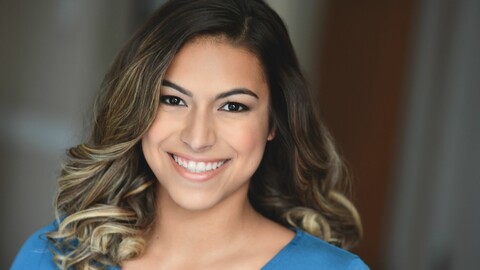 This class is great for those who want to improve their dance skills or want to START their dance journey. All dance classes will be geared towards preparing you for the next musical theater audition.... Read more

Often described at "meditation in motion," Tai Chi's gentle movements will calm your mind and enhance your body. Dave Burgett -- a Seventh-Degree Black Belt -- will lead you through a basic form to im... Read more 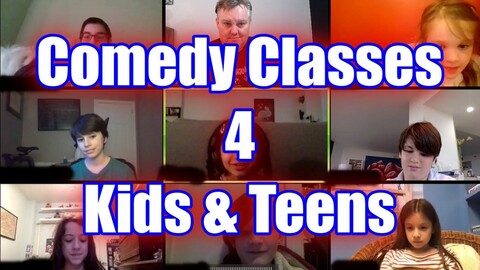 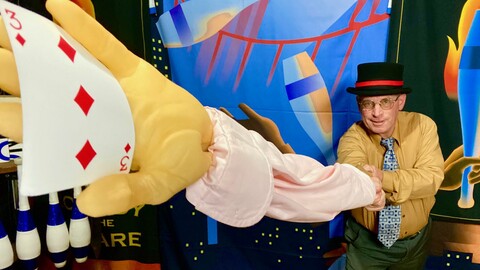 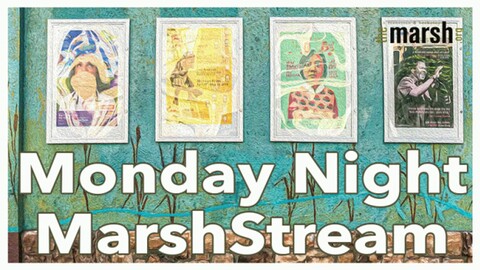 Like many theaters in our community, The Marsh has postponed all in-person shows until further notice. But that won’t stop Monday Night Marsh from continuing to feature unique works-in-progress. Mon... Read more 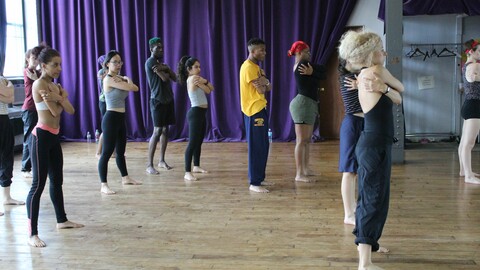 We've still got to "move it, move it" even though we're safer at home. Start on the floor, with exercises to awaken the body, and end by dancing across the floor in fun combinations. The movements are... Read more

Join us on Zoom for a fun jam and a chance to give. Open to all instruments, not just ukuleles, this free event will bring you so much joy that you'll want to share the love by donating to a non-profi... Read more

Are you that friend who always knows the name of the song and band playing on the radio? Well, here's a great way to put that talent to some use: Name That Tune Tuesdays is a fun, interactive online g... Read more 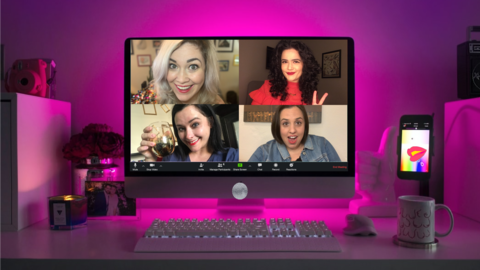 Girls Night In is the ultimate in virtual interactive comedy. This hilarious, internationally acclaimed, virtual comedy show is coming live into your living rooms every Tuesday Night! If you are looki... Read more 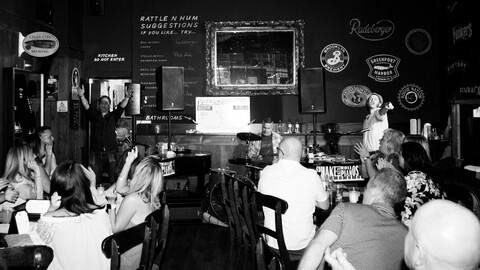 Want to be the first to know about free concerts, free movies, restaurant coupons and discounts in Miami? Join 18,000 other cheapskates and get our free daily newsletter

Don’t Miss a Deal! Get Our Free Newsletter