In honor of Breast Cancer Awareness Month in October, restaurants around Miami and the rest of South Florida are taking initiative and donating a portion of their proceeds to various foundations. 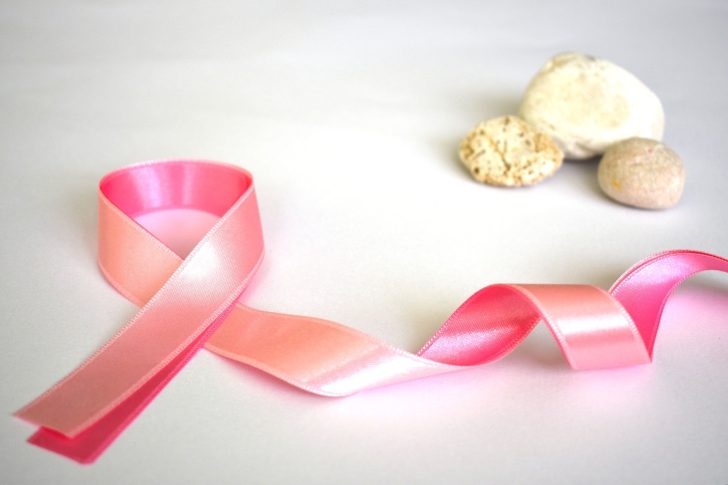 (Photo courtesy of marijana1 from Pixabay)

We’ve rounded up a list of great restaurants where you can help support the cause, including Bodega Taqueria y Tequila, Green Bar & Kitchen and more! So, enjoy some time out, savor the flavors – and if you want to wear pink, that’s great too. 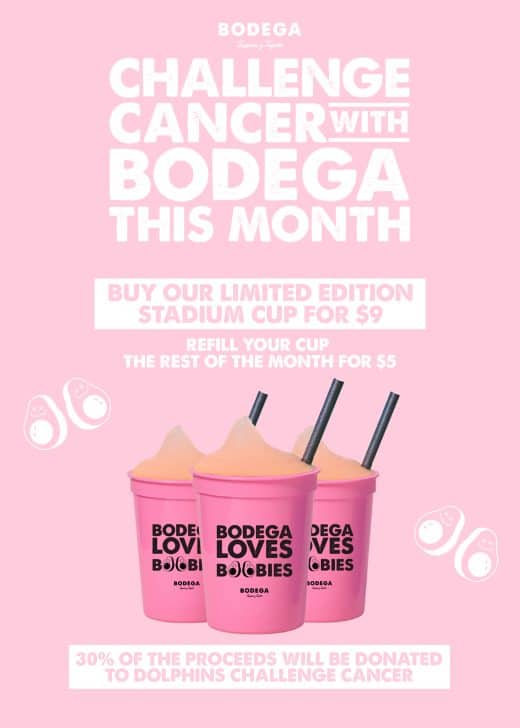 Throughout all of October, all three Bodega locations will have their frozen drinks available for purchase in a limited-edition stadium cup for $9. Then, customers can come back and refill that same cup for just $5. Bodega says 30 percent of the proceeds will be donated to the Dolphins Challenge Cancer, a community created to fight against cancer. 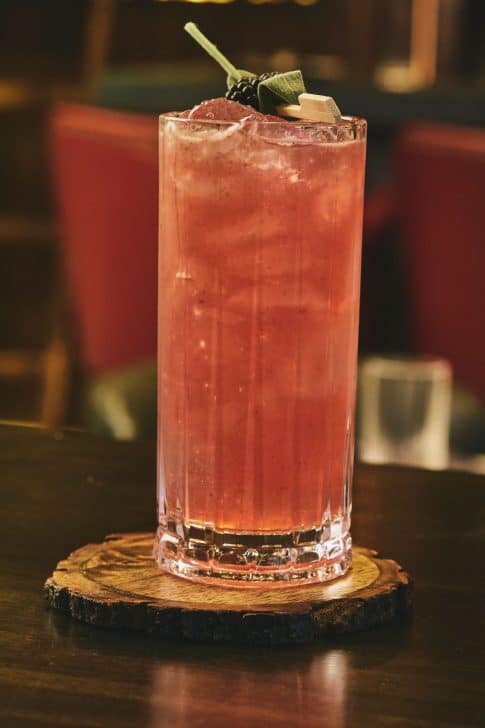 This new hotspot in Delray Beach is joining the cause by donating to the Susan G. Komen foundation. It plans to donate $1 for every Dianne’s Delight cocktail sold. The cocktail is named after the fiancee of the restaurant’s namesake, Warren John.

The cocktail is $12 and features Kettle One Vodka, lime juice and cane syrup and is garnished with a sage leaf and one whole blackberry. 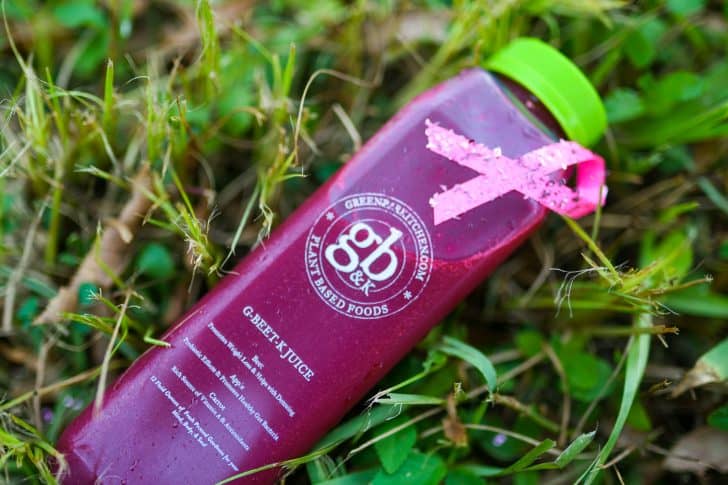 Green Bar & Kitchen in Fort Lauderdale is a vegan junk-food paradise owned by the same hospitality group as Warren in Delray beach. The restaurant will also be donating to the Susan G. Komen foundation – $1 from every G Beet K juice sold. The juice is a mixture of beets, apples, and carrots and sells for $10. 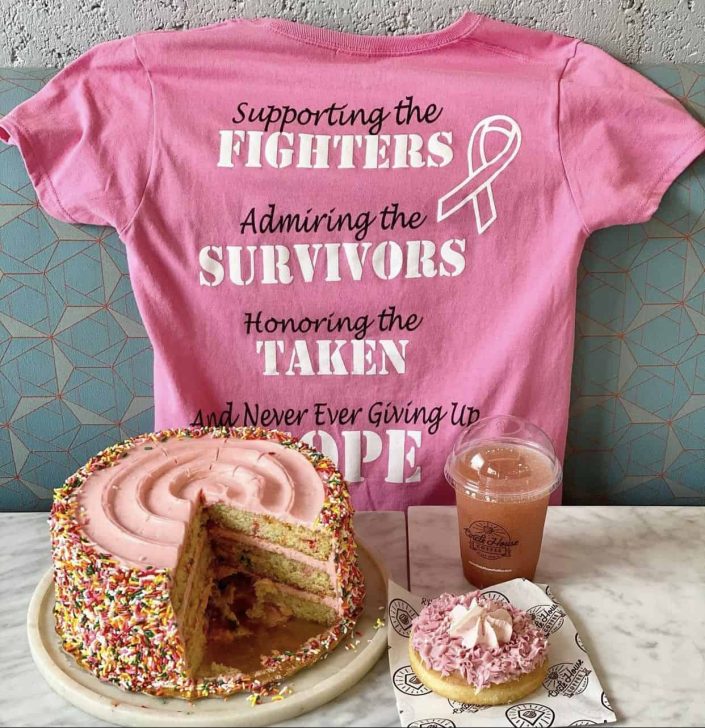 Throughout all of “Pinktober,” guests can help support Breast Cancer Awareness Month with a pink latte with a breast cancer ribbon printed on it, a pink CBD slushy or a pink mojo donut. A portion of the proceeds will go to the Florida Breast Cancer Foundation. Circle House Coffee is located at 119 W. Oakland Park Blvd., Wilton Manors.

Do you know of other Breast Cancer Awareness Month special promotions in South Florida? Let us know! Email news@miamionthecheap.com.